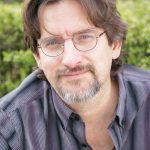 My primary research interest is in the distribution and behavior of unstudied populations of great apes across Africa’s Congo Basin, in particular of chimpanzees, Pan troglodytes. At every new site where chimpanzees have been studied, they have been found to possess site-specific suites of behavioral traits, argued to represent cultural diversity. Large tracts of forests, particularly in the Northern Democratic Republic of the Congo, remain unexplored, and it is unknown whether or not they are inhabited by apes, or if so, how many apes. By conducting systematic surveys using line transects as well as recces and presence / absence data, we can develop a clearer picture of the distribution of African great apes in these hitherto unexplored forests.

In addition, I seek to understand the distribution of ape traditions, how they map onto genetic diversity, and how they are affected by proposed ape barriers such as rivers. Understanding where the apes live and how their behaviors are similar to or different from those of other populations is a crucial tool in assuring their survival, and also has much to tell us about our own biological and cultural evolution.

Guest researcher at the Max Planck Institute for Evolutionary Anthropology, Department of Primatology.

PhD Thesis, University of Amsterdam. “A Chimpanzee Mega-Culture? Exploring behavioral continuity in Pan troglodytes schweinfurthii across northern DR Congo”. In order to complete this thesis, I spent two and a half years in the field in DR Congo studying the Bili-Uele chimpanzees.

Undergraduate studies: NC State University and University of North Carolina, Chapel Hill (I graduated from the latter with a degree in Anthropology).

Lead Scientific Director of Chimpanzee Ground Nesting Project, with a field trip to the Epulu Forest in 2019 and a one-year study of nests in Bugoma, Uganda between 2021 and 2022, accompanied by Ph.D. candidate Toni Romani.

Lead Scientific Director and Field Camp Manager for the Bili Apes Project, DRC. I followed the local chimpanzees and recorded feeding, nesting, and tool-use behaviors, as well as conducted transect and recce nest surveys. In total we surveyed an area encompassing approximately 35,000 km² of previously uncharted forests and savannas. We also documented an exploding chimpanzee bushmeat crisis to the south of Bili.

Summer Apprentice, Chimpanzee and Human Communication Institute, Ellensberg, Washington. During this period and during my subsequent graduate studies, I received basic training in animal care for the four sign language-using chimpanzees living at the sanctuary / research center, also participating in ongoing behavioral research and becoming sign-reliable for the chimpanzees.

Chief field researcher and camp manager, Ngotto Field Project, CAR, Friends of Washoe. I conducted behavioral research on chimpanzees (Pan troglodytes troglodytes) and western lowland gorillas (Gorilla gorilla gorilla). Through the use of transect surveys, I documented the effects of selective-logging on these two species.

Field assistant, Mondika Research Station, CAR. I aided in the habituation of a group of western lowland gorillas, collecting data on their diet and behavior. In addition I managed the camp during the absence of the scientific director.

Field assistant, University of North Carolina Archaeological Dig, Mississippi, during which time I received training in archaeological excavation and participated in the unearthing of ancient Native American artifacts.

Research and field assistant, North Carolina Museum of Natural History, cleaning and preserving dinosaur fossils at the museum. I participated in the Wyoming Dinosaur Expedition in the summer of 1991.

Adjunct Professor at the Faculty of ‘Artes Liberales’, The University of Warsaw. Classes: ‘Culture Beyond Homo sapiens’, ‘Humankind’s Place in Nature’, ‘Humans and their Great Ape Cousins’, ‘Humans as Great Apes’ (co-taught with professor Fran Bartkowski of Rutger’s University).

Supervised Master’s student Igor Siedlecki on his research project at the Warsaw Zoo for the University of Warsaw. Diploma received in 2015.

Docent at the Chimpanzee and Human Communication Institute’s Chimposium. I served as Presenter/Observer Guide for this program, informing visitors about chimpanzee behavior and conservation (including the threat of the bushmeat trade) and introducing visitors to the chimpanzees for brief visits.

Hicks TC (2021). Nonhuman behavioral realms: Explorations of chimpanzee technology across the Congo Basin. Oral online presentation to the Faculty of Biology, The University of Warsaw, on March 1, 2021. In accordance with the procedure for acquiring Habilitation.

Hicks T. C. (2015). “Explorations of a Threatened Chimpanzee Culture in Northern NR Congo” Oral presentation at the Faculty of ‘Artes Liberales’ at the University of Warsaw and (via satellite link) The Collaboratory, Rutgers University. November 30 2015.

Hicks T. C. (2009). “Explorations of a threatened chimpanzee ‘Mega-Culture’ in the northern DR Congo.” The Burgers Zoo, The Netherlands. March 2009 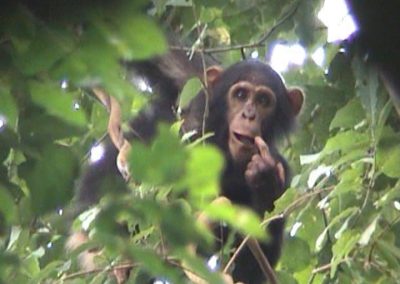 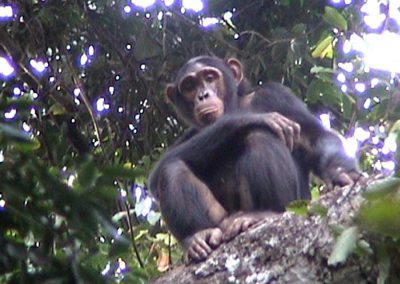 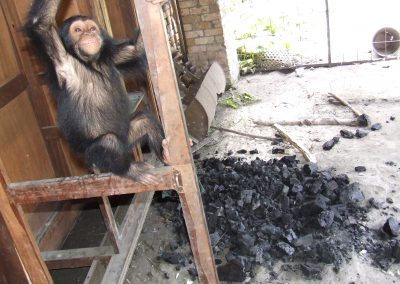 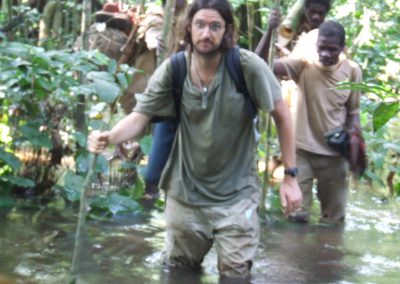 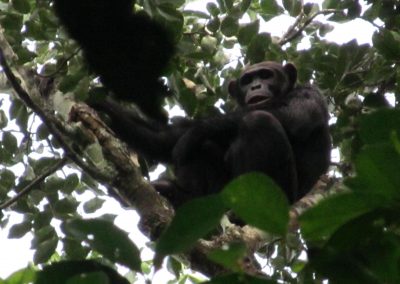 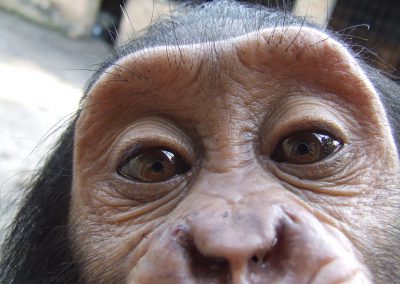 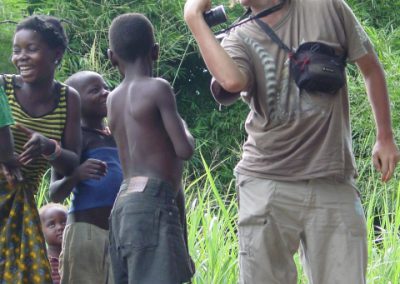 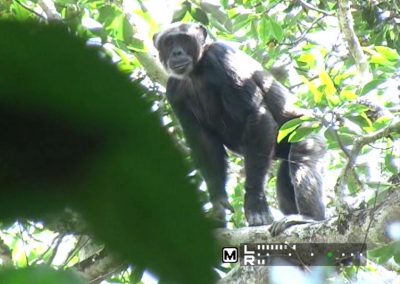 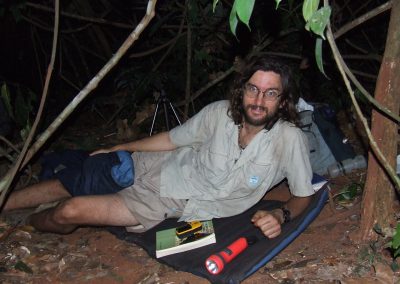 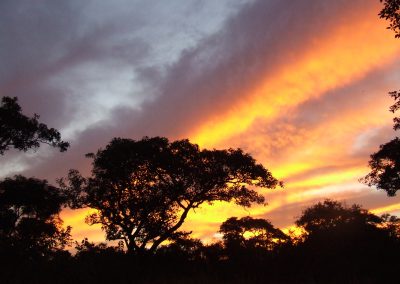 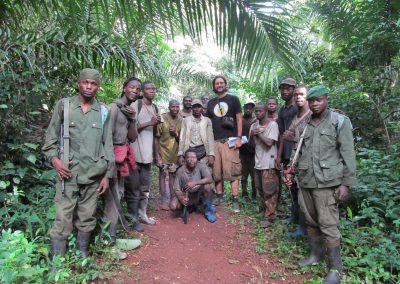