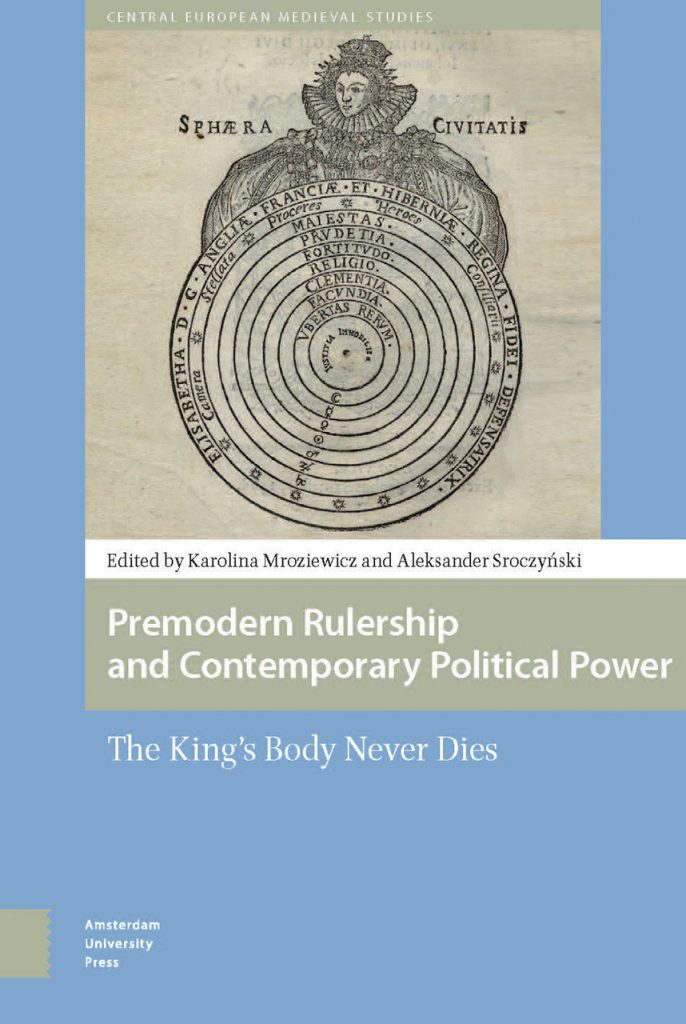 The book Premodern Rulership and Contemporary Political Power: The King's Body Never Dies, which summarizes the result of the project, has been published in 2017 by the Amsterdam University Press in the series Central European Medieval Studies. It contains twelve case studies that offer an integral reassessment of Kantorowicz´s model of the king’s two bodies in the light of original research conducted in different fields, from history and art history to literary criticism and archaeology.

The book covers a wide geographical and chronological spectrum that allows for a broad comparative perspective. It offers a panoramic and dynamic insight into the nature of political bodies based on a multidisciplinary approach and shows that Ernst Kantorowicz’s The King’s Two Bodies, along with its contribution to the study of the past, has a profound value for our contemporary world - urging us to reflect on problems such as nationalist discourses, social inequalities or forms of ideological engagement. This book demonstrates that even if most of monarchies are long gone today, the idea of the king’s two bodies is still a powerful tool to analyse and interpret the contemporary world.