Liberal Education and We 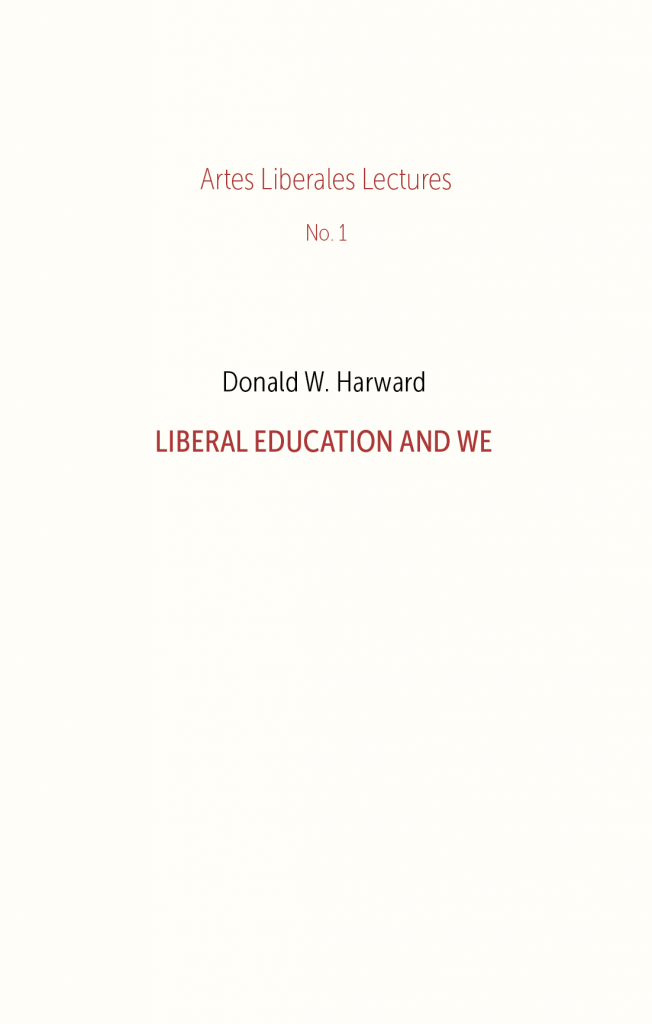 Donald Harward served as President of Bates College from 1989 through June 2002, when he was appointed President Emeritus. Before taking office at Bates, Harward held the position of Vice President for Academic Affairs at the College of Wooster, Ohio; preceding his tenure there, he taught and served in the Department of Philosophy at the University of Delaware, and subsequently designed and led the University Honors program.

Following his retirement from Bates College, Harward co-founded Bringing Theory to Practice (BTtoP), a national independent project in partnership with the Association of American Colleges and Universities (AAC&U), whose mission is to advance the greater purposes of higher education. As Director of BTtoP for the last 15 years, he has presented across the country as well as authored and edited several volumes, including Transforming Undergraduate Education, and Well-Being and Higher Education: A Strategy for Change the Realization of Education’s Greater Purposes.

Harward holds a Ph.D. in philosophy from the University of Maryland, and honorary doctorate degrees from Bates College, the College of Wooster, and a Visiting Professorship from the University of Warsaw, Poland. In addition to his role as Director of BTtoP, he serves as a Senior Fellow with AAC&U, and as a consultant, advisor, and board member for a variety of higher education organizations, foundations, and institutions.