While intellectuals of the time were interested in origin of peoples giving birth to coherent sets of ideas like sarmatism political élites were seeking ways of legitimization of their rule by creating such legends as that of Polemon. Simultaneously, cultural divergence between Lithuanian Rus’ and Muscovite Rus’ continued to grow. Orthodox Ruthenians of the Grand Duchy of Lithuania more and more associated themselves with the state which led to consolidation of the GDL’s nobility. Old identities were fading away and new one’s were shaping. Studying of early modern nations in Eastern Europe makes a few challenges for scholars in terms of methodology and interpretation of data. This seminar offers a view of the phenomena from the perspective of Muscovite migration. What was the identity of those who were called Muscovites (and sometimes Moskali) by locals of the Grand Duchy of Lithuania? What was the degree of “otherness” of Muscovites in the eyes of Lithuanians and Ruthenians and how it changed through the 16th century? Does ethnicity appear to be the factor in defining Muscovites as “others”? Those are the main questions which are going to be addressed at the seminar. 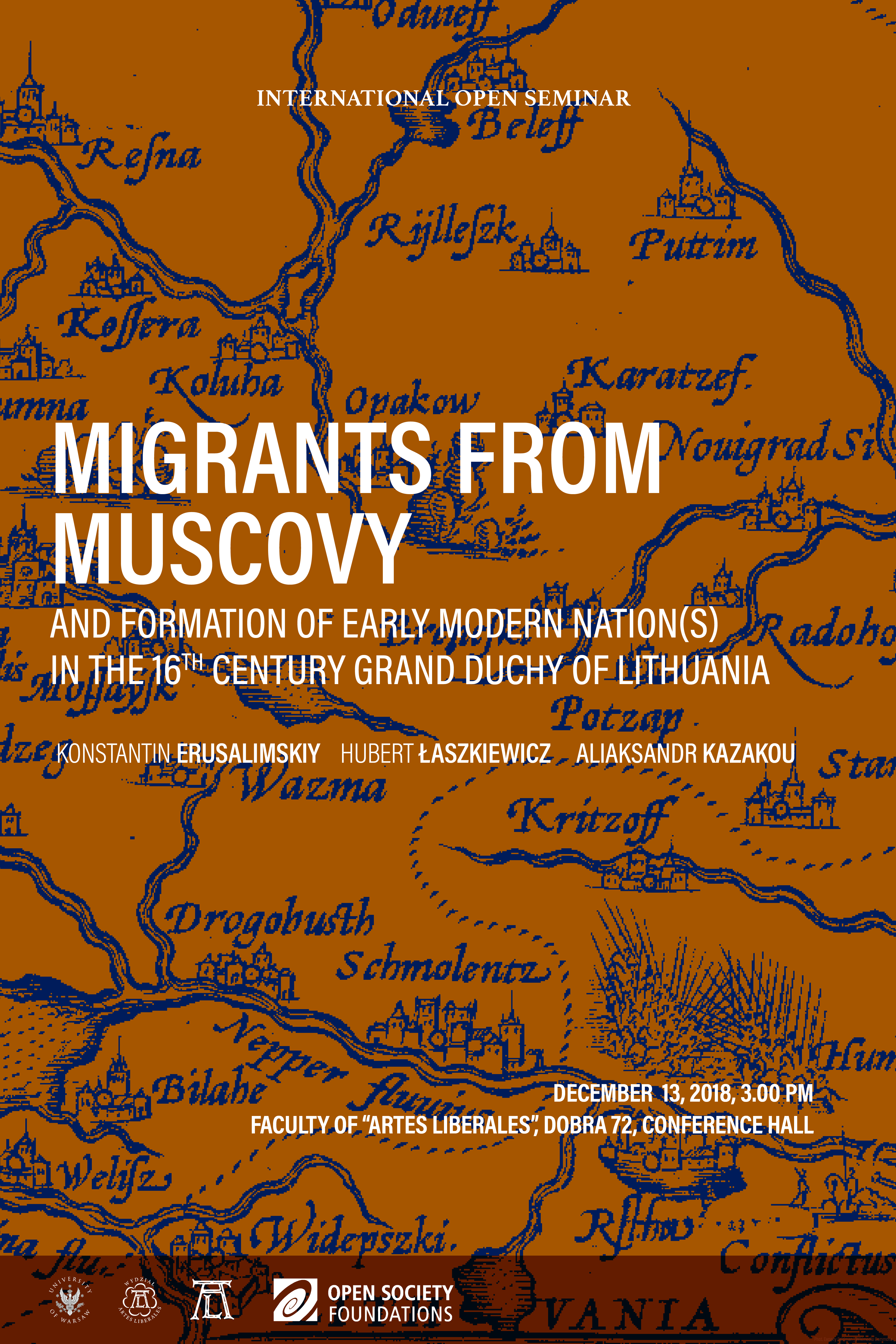