What the newborn Russia faced after the dissolution of the Soviet Union was in fact a huge civilizational crisis. The policy of shock therapy and attempts at developing the market economy in the country resulted in an economic collapse. State property was massively expropriated, inflation raged, and Russians started being haunted by unemployment. But the crisis went far beyond the economy. The depression of the state led also to the collapse of social services, a dramatic decline in life expectancy, extreme lawlessness, and a rise in corruption and violent crime.

At the moment we know quite a lot about the general social processes which have taken place during the last 25 years in Russia. However, we know much less about the everyday life of the masses of people, mainly from the underprivileged classes, who had lived through the dramatic changes. How were they able to cope with the crisis? As history has shown, it was petty trade that let vast numbers of people survive.

The empirical base for this study is constituted by the extensive ethnographic fieldwork research I conducted among tradespeople in the Siberian city of Krasnoyarsk in 2012–2013. Taking into account the results of this fieldwork and the amazing progress petty trade had undergone in post-Soviet Russia, this book poses several questions: how did it happen that in a country where private trade and entrepreneurship were basically forbidden for over 60 years such vast numbers of people became entrepreneurs virtually overnight? What were the survival strategies of the petty trader in the conditions of 1990s Russia? How do people cope with rapid social change? And more precisely: how do different individuals handle phenomena that concern everybody, e.g. hyperinflation, unemployment, poverty, and shortage of consumer goods? Who are the petty traders now? What is their situation in contemporary Russia?

In the analysis of the issue, I do not merely reconstruct the rules of engaging in trade activity today as well as risks and profits that are tied to it. I set the investigated phenomenon in a broad cultural context, which is constituted by: behaviours and economic patterns inherited from the Soviet times, social representations of trade and work, and existence of ethnic minorities. 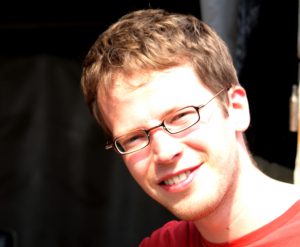